Sri Ramanuja was the teacher who introduced this mantra to the masses of Kali Yuga. Until the arrival of Ramanuja, it was used only by persons who had been initiated into the mantra, and this initiation always took place from the mouth of the teacher to the ear of the disciple. It was secret and only for the chosen.

Ramanuja belongs to the ‘way of grace’. In the famous temple Srirangam he was initiated into the mantra by his teacher. Srirangam is a very large temple with huge land holdings extending on its four sides.
Its four entrances point east, west, south and north, and each entrance has a very high gate tower (Gopura). Since ancient times, the mantra has been recited in the temple by persons authentically initiated.

When Ramanuja was a young man, his inner attitude, devotion, and discipline found admiration for a teacher of the Vaishnava cult. 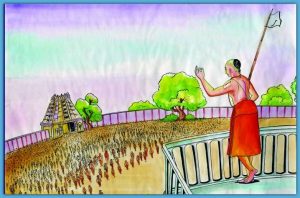 He pulled Ramanuja close and introduced him to the mantra by intoning it into his left ear. Then he instructed Ramanuja to keep singing the mantra and connect with it. He also told him to keep silence about this initiation. The teacher told Ramanuja that the mantra would allow him to free himself from the world and that liberated people could better serve the world. Ramanuja was so inspired by the mantra and his power that he could not hold it back. He quickly climbed up the Eastern Gate Tower (Gopura) in the Srirangam Temple and summoned the villagers in a loud voice. When the people saw the young man standing on top of the top of the temple, they came running in droves.

Ramanuja shouted to them, “The mercy of the Lord has come to me. I have been given the sound by which we can become free from the world. I want to share it with you all because I see in you my brothers and sisters, who are entangled in the world in many ways. Listen carefully to the mantra I sing and sing it as often as you can every day. This will help you to stay afloat in this worldly life. “And then Ramanuja gave them the eight-syllable mantra.

The people cheered. But the teacher who had initiated Ramanuja became very angry. He looked at Ramanuja and said, “Never has anyone committed such a crime as you did today. I feel like you hit me in the heart with a dagger. The pain I feel is to curse you for your most irresponsible act. ”

Ramanuja fell at the feet of his teacher and answered, “Master, I do not mind, even if I was condemned to the deepest hell. The joy of having given the masses of the people the key to liberation will eternally fulfill me and you no matter where we are. When we are at Narayana, it makes no difference where we are sent after this life. ” 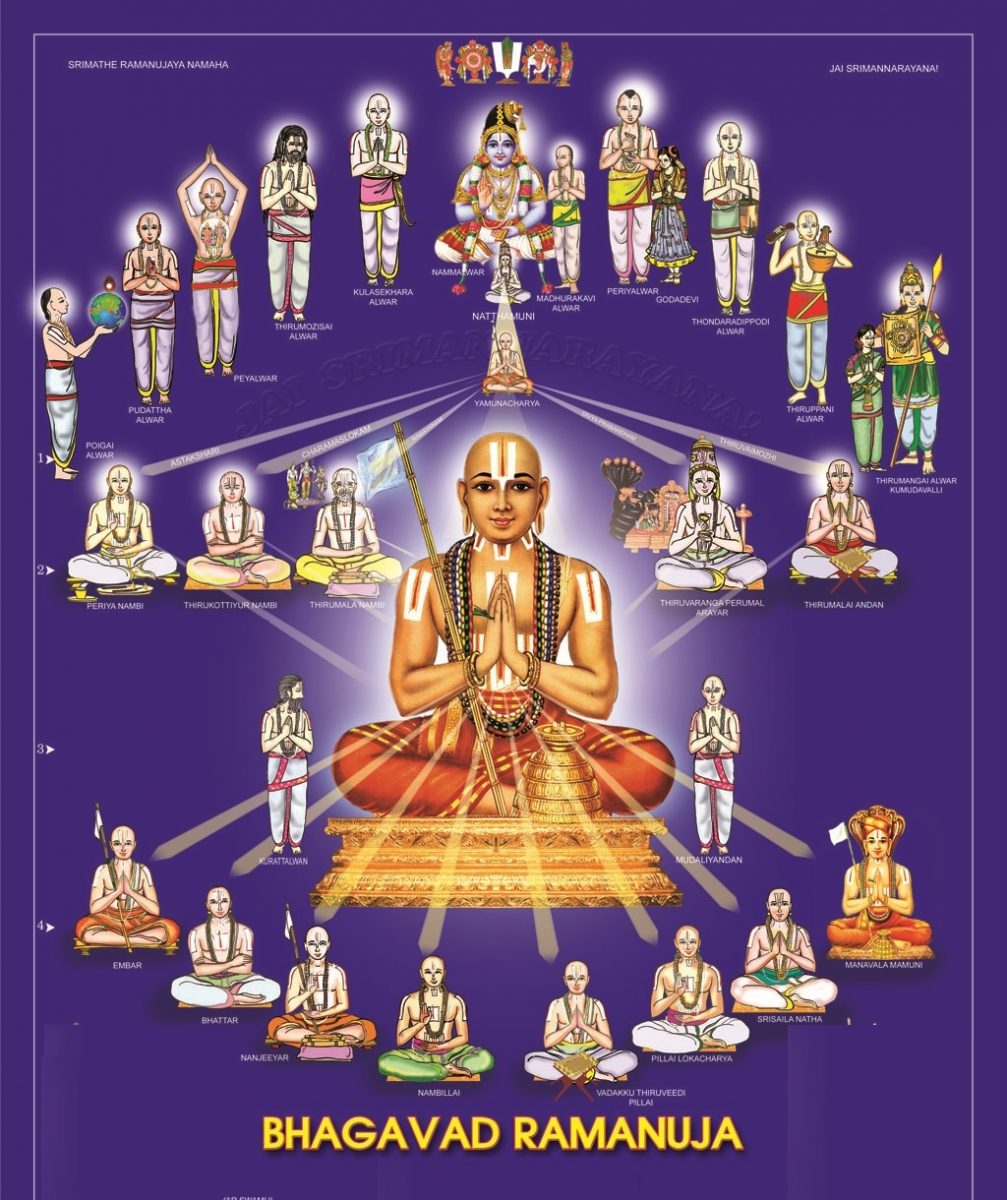 The teacher was overwhelmed by this answer. He lifted Ramanuja by the shoulders, hugged him and said, “You are the one. You have come to save the simple, superstitious and ordinary people. You are a child of grace. May your path of grace generously ease the suffering of the ignorant and lift them into the kingdom of light.”

Of such dimensions was Ramanuja’s depth. He lived in southern India and was about 100 years old. Throughout his life he dedicated the popular masses to the Narayana mantra. As a result, his name is inextricably linked with the mantra, and this particular episode must not be left out when talking about Narayana. In accordance with ‘the plan’, twelve alwars (apostles / disciples) gathered around Ramanuja, who worked with the mantra and spread it. The stories of the twelve Alwars are outstanding examples of self-giving on the path of grace.