The meaning of "OM"

OM itself is the primordial Conciousness,

it is Lakshmi Narayana,

it is Shiva Shakti,

it is the ONENESS.

The meaning of OM 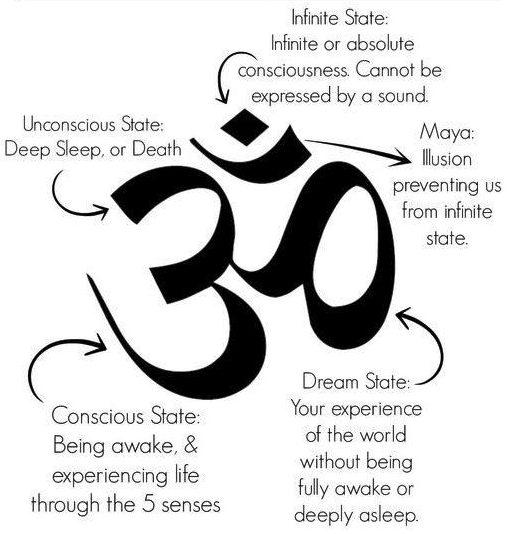 OM itself is the primordial Consciousness, it’s Lakshmi Narayana, it’s Shiva Shakti, it’s the Oneness, and because it’s Oneness, each tradition can have its own interpretation. In the Vedas it is explaned like this: A-Brahma (rajas), U – Vishnu (sattvas), M – Shiva (tamas). Silcence – Turya, the supreme Conciousness, beyond the Gunas. Keep in mind here that the Snaskrit OM sign is literally translated as AUM, however the pronunciation is OM.

In our Sri Sampradaya, which is our Vaishnava tradition, the OM in Om Namo Narayanaya means:

A – stands for Narayana, Maha Vishnu, because A is the first letter also in the Sanskrit alphabet, and as Jesus says that „I am the Alpha and the Omega, I am the first and the last“, so as A is first, Narayana is first, He is the first cause of everything.

U – means „only“ or it means Maha Lakshmi, because where Narayana is, Maha Lakshmi is also there.

M – stands for the Atma, because M is the 25th letter in the Sanskrit alphabet, and the 25th tattwa of creation (which means essence) is the Soul. And M comes from the Sanskrit word „Mah“, which means „mine“.

So OM itself means the Atma belongs only to God, only to Lakshmi Narayana. This is really nice, because that means that our soul doesn’t belong to our emotions, to our limited mind, to our body, to our desires, or to our karma, or to this world, but is ever free, it belongs only to God. We are not subserviant to our lower self, we only belog to God.